3 Reasons to Discuss Stereotactic Radiosurgery with Your Doctor 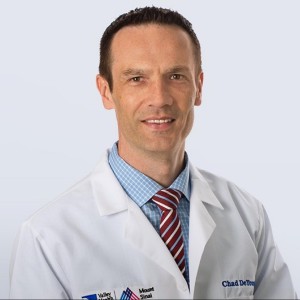 What is Stereotactic Radiosurgery?

Though it sounds like a surgical procedure, stereotactic radiosurgery does not involve any scalpels or incisions. Instead, it is an advanced form of radiation therapy that can target a highly focused area, sparing healthy neighboring tissue. There are different types of stereotactic radiosurgery, including Gamma Knife radiosurgery. The Gamma Knife system uses 192 individual beams of low-dose radiation to target an area as precise as 0.15 mm, which is about the width of a single human hair.

Stereotactic radiosurgery takes place in an outpatient setting, which means there is no hospital stay. The number of treatment sessions required will depend on the system used, as well your individual condition. For Gamma Knife radiosurgery, in particular, treatment can last for about 15-75 minutes and many patients can be treated in a single session. Others may require up to five, again depending on the size and location of the area being treated.

Reason 1: Stereotactic radiosurgery can offer many benefits over other treatments.

Reason 2: Stereotactic radiosurgery has an established record as an effective treatment option for conditions of the brain, head and neck.

If you have been diagnosed with any of these conditions, you may want to consider discussing stereotactic radiosurgery as a treatment option with your personal doctor.

Reason 3: You may be a candidate for stereotactic radiosurgery, even if your doctor has not considered it in your treatment plan.

At this point, you have at least three good reasons to discuss stereotactic radiosurgery with your personal doctor.