Icon: The Improved Version of the Gamma Knife Perfexion 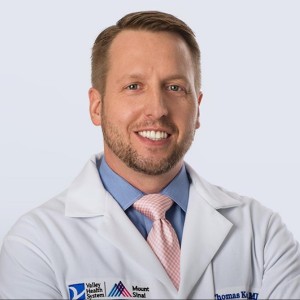 What exactly does that mean? Rather than wading through system specifications and informational brochures about the two different units, the following discussion drills it down for you. Understanding the differences and benefits of the Gamma Knife Icon can be helpful as you learn more about your treatment options, whether during discussions with your doctor or in finding a Gamma Knife center in NJ that offers it as an option.

As compared to traditional surgery for conditions of the brain and skull base, Gamma Knife radiosurgery provides patients in NJ with a treatment option that lends itself to less pain, fewer side effects and a shorter recovery time. Since it is an outpatient procedure, Gamma Knife radiosurgery does not require a hospital stay. Similarly, thanks to its minimally invasive nature, Gamma Knife also eliminates the risks associated with general surgery, and most patients are able to return to normal activities within a day, rather than weeks or even months.

The Gamma Knife Icon is currently the most precise stereotactic radiosurgery system available to specialists in the Tristate area. You can think of it as the “new and improved” version of the Gamma Knife Perfexion, in that it builds off what was already a highly regarded system preferred by experts worldwide.

Many of the advancements found in the Gamma Knife Icon relate to the ease with which your doctor can treat you, resulting in a more streamlined treatment session. As a result, you spend less time at your appointment and are free to recover at home even sooner. Additionally, many patients will now have the option of a custom face mask as opposed to the headframe, which some people prefer. However, this will depend on your specific condition and the characteristics of the area being treated, such as size and location.

Another improvement found in the Gamma Knife Icon is increased precision, allowing your doctor to treat your condition with higher accuracy than any other system – within 0.15 mm, which is the width of just two human hairs. This enables your doctor to treat only the area of interest, further reducing the radiation dose to surrounding tissues.

Finally, doctors in NJ and NYC now have added flexibility when developing a treatment plan using stereotactic radiosurgery. With the Gamma Knife Icon, your doctor still has the option of delivering a single large dose using nearly 200 individual beams, as with the Gamma Knife Perfexion. However, the improved system also gives your doctor the option of delivering treatment in multiple, smaller doses in what is referred to as fractionated radiosurgery. This helps your doctor further tailor your treatment to you as an individual, enhancing outcomes and reducing side effects.